A Gentle TLS Intro for Perlers

At work we’ve recently been audited for security by one of our customers and one of the takeaways was that we need to encrypt more things. Specifically all things. This lead me on a journey of discovery. In this post I’ll give some basic sample code on how to set up and debug a server using TLS, as well as some basic info on TLS itself.

TLS is what most people think of as SSL. SSL was originally released- with many problems- in the mid 90’s by Netscape. After it had been around for a few years TLS 1.0 was defined in ‘99 in an effort to make a more generic way to encrypt traffic. TLS 1.0 is really just the version after SSL 3.0. As far as I know the names are interchangeable and I suspect most people will be saying SSL for a very long time, and that’s fine.

There is a lot that goes into encryption in general, and I am not the guy to educate everyone in it, just yet. But there are a few interesting facts regarding security, which is what I think is an important “tl;dr” bit. With that in mind, SSL all the way up to 3.0 is usually considered Insecure, TLS 1.0 is often insecure, and TLS 1.1 and 1.2 are usually Secure. (Citation)

A Digression About Keys and Certs 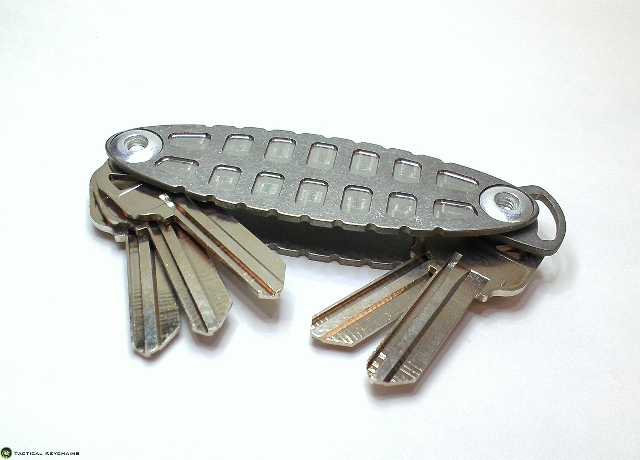 It’s often stated that the hardest part of any crypto is Key Management. I’m not really in a position to judge that statement but I can explain what we are going to do. Our software is all intranet, non-cloud hosted. The reason for this is that it’s used for emergency notifications to literally call the local security with walkie-talkies, PA systems, and other less timely methods (SMS, email, phone, etc.) Ultimately this means that not only is an actual purchased certificate overkill, but also most customers do not care, as they view their LAN as secure (maybe, maybe not.)

So our solution is to basically be our own Certificate Authority. When a customer buys a new server we create and sign a key for their server. All of our client software and hardware look for something signed by our CA when connecting to the server (via port 4430.) If a customer is willing to either purchase their own certificate from a trustworthy internet CA (something based in the US, COMODO for instance) we have configuration options that will allow the user to set that, and then when the user connects over port 443 they will see that cert. Also, optionally, if the customer is willing do deploy our CA across heir network we can use our own cert for port 443. Finally, if they choose neither, they can use port 80 while our hardware and software clients will still use the encrypted version.

How to make Certs and Keys

After looking around on the internet and playing around with OpenSSL for a few hours I came up with the following, easily tweakable steps to generate what we need. This will almost certainly be different for others, but it’s a sensible first step at least for testing out your TLS service. This will:

Note the -subjs. You’ll want to tweak those for your usage. When it comes to our customers, I suspect that the keys we distribute will have either nothing or placeholders for everything but the CN, which needs to match the hostname. We might even do wildcard certs because customers rename servers more often than you’d expect.

How to make a TLS echo server

This first example is mostly for debugging. It allows a single client to connect, echos back the lines the client sends, and then after the client disconnects the server shuts down. Here’s the code:

There’s not a lot special here except that we use IO::Sockect::SSL which beautifully hides the difference between a regular socket and an encrypted socket from the user.

We all love our telnet for testing our various services, but once you start encrypting that will not longer be a tenable option (without switching telnets anyway.) Fortunately openssl already has a tool for this. All you need to do is connect with:

You get a lot of interesting output at the top detailing the encryption info and then a pretty standard terminal in which you can type to your hearts content, and then complete the connection with control-d (or in windows who knows.) (Oh by the way this all works with windows, I tried it.)

How to make a TLS echo server, redux

The former is neat, but it can only handle one client at once. And while our previous echo server had Enterprise Grade Security we want one that also has Enterprise Grade Scalability. The trick is to switch to an async framework. It’s sorta like what Node.js does, except the framework we are using is only a couple years older. If we wanted we could use one that’s ten years older but this will do fine.

Similar to before, the actual special bits here are very few and far between. We use two new modules, listen with a special SSL_listen method, and lastly, optionally add an error handler for ssl errors. If you run this you should be able to connect multiple times to a single server.

And that’s it! You are now armed with the information you need to make secure, encryped tcp/ip services in Perl!

While I was mulling this stuff over while I was waking up this morning, I realized that these certificates can solve another one of our longstanding issues at work.

Currently when a customer buys a server they get a license that allows them to use a certain number of clients, which we also sell. The license could easily be copied from one customer to another customer and still work. Happily, we can solve this with our new certificates. All that we need to do is set the license count in the certificate request and key. I chose to use the GN (given name) field for that because I couldn’t find a good set of documentation about what openssl x509 supports in there. As I said, the main thing that matters for a working cert is the CN. This is what I did:

Now when I inspect the signed certificate with openssl x509 -in host.crt -text I see the following subject: Subject: C=US, ST=Texas, L=Dallas, GN={"keypro":250,"total":5000}, CN=localhost. So I can easily look at that programmatically to ensure that those numbers are above the current client count. And if the customer fiddles with the numbers to try to increase their client count (unlikely) the crypto will stop working!